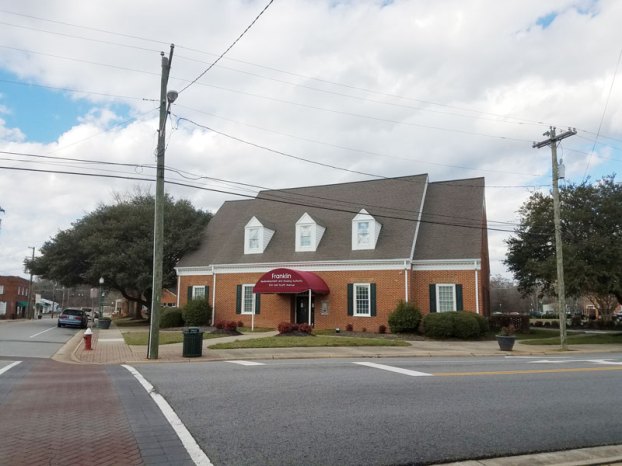 Franklin Redevelopment and Housing Authority's Board of Commissioners has twice postponed a meeting with Franklin City Council. The latter has been working since November to achieve this gathering. -- Stephen Faleski Tidewater News

Twice now, a scheduled joint meeting between Franklin’s City Council and the Franklin Redevelopment and Housing Authority Board of Commissioners has been postponed.

According to Mayor Frank Rabil, the city has been trying to set up a meeting with the FRHA since November 2019. As such, it had blocked out one hour prior to its regular Council meetings on Dec. 9, 2019, and Jan. 13, 2020, for this purpose, but then needed to cancel those sessions after the FRHA indicated that its board members would not be attending. The purpose of the joint meeting, according to City Manager Amanda Jarratt, had been to discuss the financial status of the FRHA, as well as staff changes and general operations at the authority.

The Tidewater News had previously reported in August 2019 about the FRHA Board’s decision to remove Philip Page Jr. as the authority’s executive director. The paper also reported that the FRHA administration offices had experienced power and phone cutoffs on more than one occasion earlier that year due to nonpayment of bills.

The paper then learned at a special called meeting of the FRHA Board on Sept. 12 that the authority owed $111,310.56 in unpaid bills for August and September, and later learned from the City Treasurer’s Office that an additional $313,869.68 may be owed in back taxes, penalties and interest to the city. The back taxes, City Treasurer Dinah Babb confirmed at the time, are the result of the FRHA deeding ownership of three then-FRHA-owned properties to two limited partnerships — Berkley Court Apartments LP and Pretlow Old Town Apartments LP — in 2013, when Page was still executive director, so that the partnerships could apply for low-income housing tax credits to fund planned renovations. Despite the change in ownership, the properties are still managed by the FRHA, and the city has taken the position that since these properties are no longer owned directly by the FRHA, they are no longer covered under the FRHA’s tax-exempt nonprofit status.

As for the staffing issue, Jarratt explained that of the nine new members Franklin’s City Council had appointed to the FRHA Board in June and July 2019, five have since resigned. These five, she then confirmed, were Kisha Saunders, Robin Jones, Antonio Parham, Greg McLemore and Linwood Johnson.

McLemore and Johnson still serve as elected members of Franklin’s City Council, and had been liaisons between the city and the FRHA, an option that the Council had not exercised for several years until last June. Johnson said he and McLemore had both resigned from the FRHA following a City Council discussion he believed to have occurred in October 2019, at which the Council had decided by consensus that the city should once again not have Council members on the FRHA Board.

This, he said, was in an effort to avoid a potential conflict of interest from his and McLemore’s representing the city and the FRHA at the same time, given the authority’s current tax dispute with the city. Jarratt confirmed that the discussion had taken place following a closed-session discussion regarding “appointments to boards and commissions.”

When the city first requested a joint meeting with the FRHA for Dec. 9, Interim FRHA Executive Director Loretta Batten replied on Dec. 4 via an email to Jarratt that the FRHA staff had been “unsuccessful in getting responses with the Board Members,” and, according to Jarratt, later clarified that remark via a phone call to mean the authority board had been unable to reach a quorum.

As of this date, Jones and Parham were still officially on the FRHA Board, though Kisha Saunders, according to Jarratt, had resigned in either September or October 2019. Jones’ resignation letter, addressed to Ward 5 Councilwoman Wynndolyn Copeland, is dated Jan. 1, 2020, while Parham’s is addressed to Mayor Frank Rabil and is dated Jan. 10.

When the city then rescheduled its requested joint meeting with the remaining members of the FRHA Board for Monday, Jan. 13, Batten again contacted Jarratt, this time via a typed letter, explaining that the remaining board members had voted unanimously on Jan. 9, this time presumably having a quorum, to communicate to the city that it would again be unable to meet with City Council that evening.

Batten’s letter then recommended that the meeting be scheduled for March 9, explaining that on Jan. 7 and 8, the FRHA had undergone a two-day comprehensive management review by the U.S. Department of Housing and Urban Development, in which “all facets of the agency were reviewed and discussed.” HUD’s resulting report and recommendations, according to the letter, will not be issued until the latter part of February 2020.

When asked about the postponed meetings, FRHA Board Chairwoman Cheryl Vincent declined to comment, and instead deferred to Franklin’s City Council.

Despite Batten’s claim of a unanimous desire among the board members to postpone the meeting until March, Parham was seen in the audience at the Jan. 13 Council meeting, three days after his resignation. McLemore, at that meeting, informed the rest of Council that he had invited Parham to brief the Council in closed session on the current status of the housing authority. However, his motion to allow Parham into the closed session scheduled for that evening failed in a 5-2 vote, with only McLemore and Councilman Benny Burgess voting in favor of the idea.