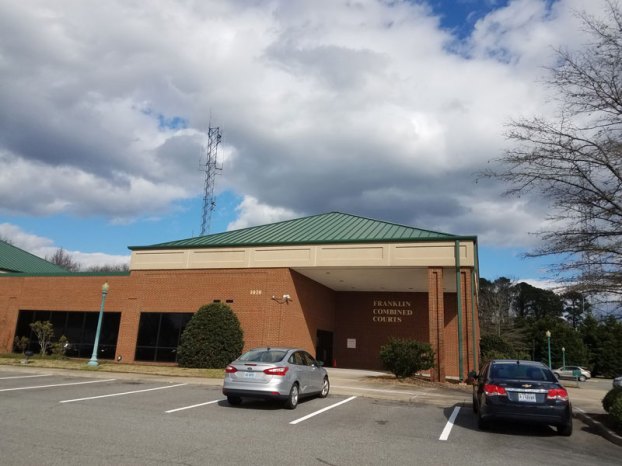 Some Southampton court functions may move to Franklin

Clerks have been planning alternative venues

In July 2019, Judge Carl E. Eason Jr. of the Fifth Judicial Circuit of Virginia issued Southampton County’s Board of Supervisors a 12-month deadline to make “actual and meaningful physical renovations” to the Southampton County Courthouse, with the ultimatum that if sufficient progress was not made, he would order the courthouse closed and the court’s business moved to other facilities.

Now, according to City Manager Amanda Jarratt, there is a possibility that — should Eason follow through with his ultimatum — the city’s combined courts building on Pretlow Street will need to be used to accommodate a portion of the caseload from Southampton County. It was for this reason, she said, that the city cancelled its meeting with representatives of the architectural firm Enteros, which had been scheduled for Feb. 6 to discuss renovations to the Pretlow Street facility and the potential awarding of a contract to the firm.

“The City of Franklin wanted to be respectful of the staff at Enteros and delay the meeting until we have all of the information in writing about what is coming,” Jarratt said. “We will reschedule at the Council’s direction.”

Southampton County Administrator Mike Johnson confirmed that each of the respective court clerks in Southampton County have begun planning for alternate venues as they schedule court proceedings that will be heard after Eason’s July 24, 2020, deadline. He added that a committee of local elected officials — two from the city and two from the county — will request a meeting with Eason and other project stakeholders, which he hopes will occur by the end of February, to seek input and discuss plans for renovation once the project’s new architect is on board.

Rick Francis, Southampton County’s Clerk of the Circuit Court, added that Circuit Court trials set after Aug. 1 are being scheduled with a backup location, either in Isle of Wight County or the city of Suffolk.

“Assuming that ‘actual and meaningful physical renovations, which at a minimum, meet the standards established by the Supreme Court’ have not been achieved, and assuming that there is no intervening order to the contrary, then as an old Boy Scout, I have to be prepared for a move,” Francis said.

Belinda Jones, clerk of Southampton County’s combined General District and Juvenile & Domestic Relations Court, confirmed to the paper that she had been one of the people to suggest moving some of Southampton’s caseload to Franklin, though she added that the matter was “all hearsay at this point,” and that there was “nothing definite.” Jones also added that she did not have the authority to make the decision as to where the general district/J&DR clerk’s office would be relocated were the Southampton County Courthouse to close, stating that this would most likely be a decision for the judges.

Jarratt, however, is hoping that Eason will grant the city and county an extension, given the steps both localities have taken since his July 2019 letter to find a new project architect.

“Every day and week that court operations stay in Courtland it’s saving the constituents of both communities thousands of dollars,” she said. “Once we procure an architect, we’re looking at nine to 12 months of design, then probably two years of actual construction.”

“If this building is closed, then office, storage, bathroom, public access and parking must be found for all making the move,” Francis said.

Costs that will fall on both localities as a result of relocating court operations, according to Johnson, will include the transportation of jurors, witnesses and court personnel to alternate locations, as well as direct costs to procure office space for the respective court clerks and the Commonwealth Attorney’s office until such time as the Southampton County Courthouse is renovated and deemed habitable again.

“I’ve asked the respective officers of the court (Clerks, Commonwealth’s Attorney, Sheriff) to include associated estimates of anticipated costs with their budget requests later this month,” he said.

When asked if relocating some Southampton court functions to Franklin would create a need for a larger renovation of the Pretlow Street courts building than what the city had been considering, Jarratt said she did not anticipate an increase in the scope of the project from this latest development, and in fact, said the city may now be “years down the road now from anything construction-wise at our facility.”

“We need to be proactive,” Jarratt said. “I’d rather be prepared now so that if [the Southampton County Courthouse is closed] in July, we’ve taken the necessary steps … or at least have a tentative plan in place of how we’re going to accommodate that, should some portion of the court be moved to our City of Franklin courthouse.”