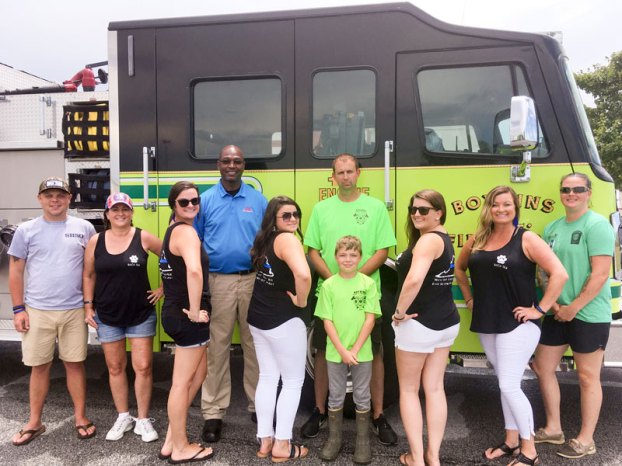 A Southampton County resident who has developed an illness has gotten support from not only family and friends, but also coworkers in a tasteful — and tasty — way. From late morning to early afternoon on Saturday, chicken and BBQ dinners supplied by Captain Bob’s were handed out to all who had already bought tickets. The distribution was done in the parking lot at the former Farm Fresh on Armory Drive in Franklin.

Deputy Ronald Colby of the Southampton County Sheriff’s Office is on the mend, according to his wife, Lisa, herself a probation officer. She would not specify the sickness, only to emphasize that it’s non-COVID-19, and that it began around the early part of April.

The fundraiser was organized by Lyndsey Carr, whose husband is also a deputy. She also enlisted the sponsorship of the Boykins Volunteer Fire and Rescue Department, led by Hank Fuller. He said that all 720 tickets were sold, each costing $10, and that 100 percent of the sales would go to help Colby and his family with medical expenses. Fuller is hopeful that there won’t be a need for a second fundraiser.