Originally of Zuni in Isle of Wight County, Mary D. Mason started her career in criminal justice when she was hired in November 1987 by Offender Aid and Restoration in Richmond as a pretrial case manager in the Court Services Unit.

“My criminal justice experience began with my hiring in November 1987 in Richmond by Offender Aid and Restoration as a pretrial case manager in the Court Services Unit,” she said. “I interviewed jail detainees, verified information and made informed recommendations to the judges relative to subject’s suitability for release on their own recognizance and supervised the released detainees pending trial on weekly basis while developing treatment plans, compiling background investigations detailing past criminal histories and made referrals to needed services.

Ten months later, Mason was promoted to jail services coordinator in that OAR component. That led to her being hired by the Virginia Department of Corrections about two years later as a probation officer for District 1 – Richmond, in January 1990.

Among her career highlights are working at P&P offices in Norfolk, Suffolk and now Franklin/Southampton.

Her education has been extensive, including:

• Among the first graduates of Leadership Development for the Corrections Professional.

Education has not stopped. There’s the required completion of 40 hours of annual training, and annual staff courses such as STG gang training, computer security awareness and specialized training per the position. Unit leaders such as herself go to leadership conferences.

“COVID 19 recently changed the trajectory of training and travel this year; however, all staff are presently afforded on-line training from our Academy for Staff Development, and we can also request and receive permission to attend virtual trainings from other agencies as well,” said Mason.

The oldest of seven children, she went to Windsor Elementary and graduated from Windsor High School in 1975.

The chief recalled that a highlight of her senior year was winning a public speaking contest sponsored by the Windsor Ruritan Club.

“My winning composition was titled ‘What’s Past is Prologue and What’s to Come is Your and My Discourse.’ My winning took me to the state level where I competed with others in Richmond. My parents and I were very proud of this accomplishment.”

Now a resident of Suffolk, she and her husband have two adult children and two two granddaughters. In addition to having joined Daughters of Elk, Suffolk, in the late ’70s, Mason is faithful member of Olive Branch Baptist Church, Suffolk. There she’s been a past chairman trustee serving two consecutive terms, the church clerk and is also a designated trustee emeritus. 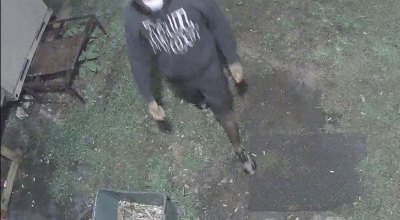