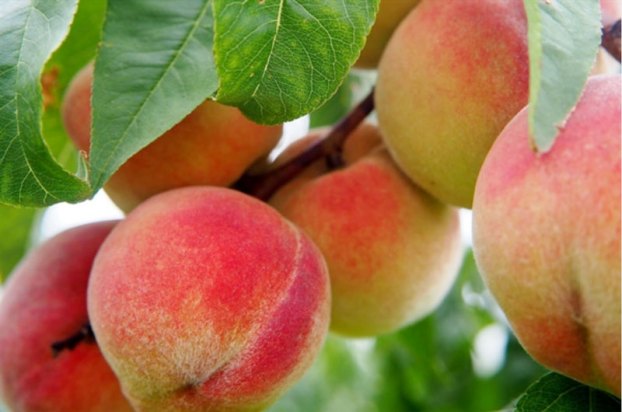 Pick Virginia peaches at the peak of season

To pick a perfect summer snack, reach for a peach.

Popular peach varieties are available now at orchards, farm stands and farmers markets across Virginia until the end of August. Though peaches have a limited shelf life and relatively brief season, they can be preserved to enjoy year-round.

Experts at the Virginia Department of Agriculture and Consumer Services report that Virginia’s peach crop and local sales are doing well this season.

“This year’s crop has an excellent taste,” said Michael Wallace, VDACS director of communications. “It’s always a good idea to call ahead to verify inventory, and to learn how the farm is handling social distancing.”

“And some of our later varieties are getting ready to come in now, like Loring peaches,” Bowen said. “It’s an older variety, a freestone peach.”

Freestone peaches are popular because the fruit neatly falls off the pit, or “stone.” Clingstone varieties’ flesh sticks to the pit.

“Lorings are a golden-yellow peach that is very large — mostly a good canning and freezing peach,” Bowen continued. “We have another white peach coming in called Blazing Star that is also very good. We’ll be harvesting another couple of weeks, and then we’re done around the first week of August.”

Bowen said their peaches end up in delicious cobblers and pound cakes. Frozen fruit can be used to make jam in the off-season.