Jay Brenchick has announced he’s leaving the Franklin Southampton Economic Development Inc. The president and CEO confirmed via email questions put to him after The Tidewater News learned of his impending departure during a recent Southampton County School Board meeting. 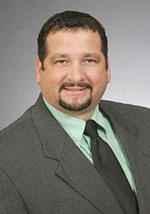 Brenchick, who began his work locally in June 2019, stated in reply that it was in September he notified the FSEDI Board, as well as city and county officials, that for personal family reasons, he needed to return to his home state of Maine.

Previous to his arrival last year, Brenchick had been the economic development manager for Roanoke County since 2015. Before that, he was in Botetourt County from 2013-2015.

“I wanted to give an extended notice of my departure so that steps for succession could be implemented,” said Brenchick. “My last day with FSEDI will be Nov. 30.”

He also confirmed that he had become infected with COVID-19, and is getting better.

Regarding the work accomplished during his tenure, Brenchick said, “There have been several significant accomplishments at FSEDI. First and foremost, I would say that staff has done a fantastic job creating and implementing local business recovery grant programs in the wake of the pandemic. They also embarked on various social media campaigns that help drive business and played a part in keeping spirits up within our business community.”

He continued, “I would also say that getting the rural broadband initiative off the ground was a significant FSEDI accomplishment. In addition, FSEDI began business attraction efforts that garnered qualified leads. Until this past year or so, we depended on regional and state business attraction efforts. The state and region have great business attraction programs, and we truly benefit from our partnerships with them. Still, we also need to make efforts that complement what the state and regional economic development organizations are doing. We are still in the infancy of these efforts, but they are working.”

Harrell Turner, chairman of the FSEDI’s board of directors, had this to say about Brenchick: “During his tenure as president and CEO, Jay brought two impactful companies to our region: Bon Bon Farms in the former Narricot building in Boykins, and GMAX Industries within Pretlow Industrial Park. Both projects promise substantial capital investment and job creation. In addition to a successful business attraction campaign, Jay has led a comprehensive project to increase broadband access within Southampton County. Additionally, Jay and the office administered two separate small business assistance grant programs during the pandemic shutdown. The office gave away $330,716 in funding, assisting 89 local businesses. On behalf of the Board of Directors, we thank Jay for his service to the business community and wish him great success in all future endeavors.”