The Southampton County Sheriff’s Office continues its search for Thurman Davis Copeland of the 34000 block of Cypress Lane, Franklin. He was reported missing by his family on Dec. 21.

He was last heard from on Dec. 20 around 6 p.m. His vehicle was recovered at the Nottoway River boat landing off of Smith’s Ferry Road that same day.

“The Nottoway River is a focus of our investigation at this time,” stated Maj. Camden Cobb, spokesman for the sheriff’s office. “The Department of Game and Inland Fisheries and the Virginia State Police have provided additional resources of K9 units, boats and a dive team, but Copeland has not been located.”

Copeland is described as a white male, 58 years old, with gray hair and blue eyes. He is 5 feet, 10 inches tall and weighs approximately 240 pounds.

Detectives are working with Copeland’s family as the search continues.

“We ask that if any boater on the Nottoway River South of the Route 258 boat landing should see something that is out of the ordinary that they call the Sheriff’s Office at 757-653-2100,” said Cobb. 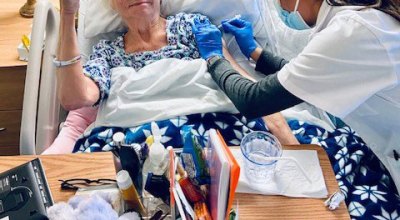