FHS names Will Drewery Alumnus of the Month 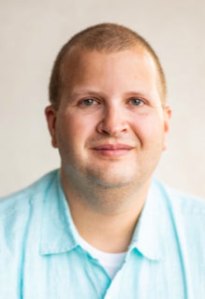 Will Drewery is Franklin High School’s (FHS) alumnus for December.

While a student in Franklin City Public Schools, Drewery was active in marching and concert band, DECA and the Student Council Association.

After graduating from FHS in 2007, Drewery attended Tidewater Community College, where he studied emergency medical services, and earned a bachelor’s degree in homeland security from Columbia Southern University.

Drewery is the Public Health Emergency manager for the Virginia Department of Health’s Western Tidewater Health District, serving the cities of Franklin and Suffolk and the counties of Southampton and Isle of Wight. He has been leading the health district in its response to the COVID-19 pandemic, overseeing case and contact investigations, community testing events and now the distribution plan for the COVID-19 vaccine. Drewery’s office is the public health lead in the four localities that they serve, specializing in bioterrorism, infectious disease and mass casualty and fatality incident response.

Outside of work, Drewery is very involved in the community. He has served on the Board of Directors for the Franklin/Southampton County Fair since 2009, where he co-chairs the entertainment committee. Drewery also volunteers his time with the Smithfield Volunteer Fire Department as a captain.

He was recognized in 2020 by “Inside Business” as one of its’ “Top Forty Under 40” for his professional and personal contributions to the area.

Grateful for work of foodbank