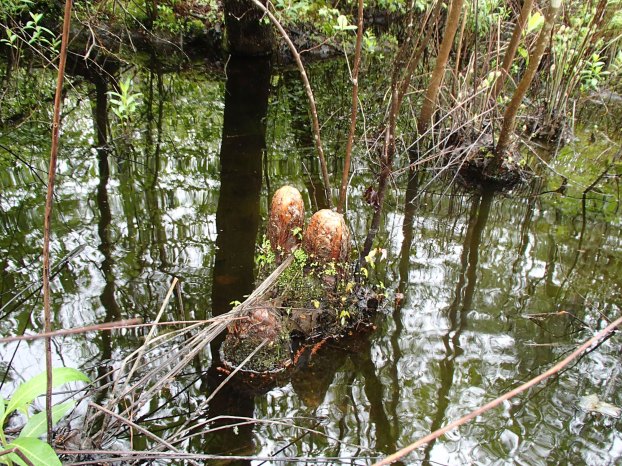 Dome-shaped knees are one of the distinguishing traits of pond cypresses. -- Submitted John Bunch

The saga of the pond cypress 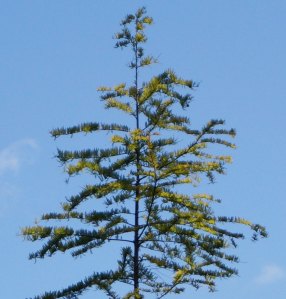 Pond cypresses have reportedly dwindled down to only a few remaining trees known in the wild in Virginia. — Submitted John Bunch

A few years back I signed up for a project called RareQuest that was a joint partnership between the Master Naturalists and the Department of Conservation & Recreation’s Natural Heritage Program.

This was initiated in order to aid DCR in checking the status of rare species contained in old records. Our task was to learn if these species were still in those areas and how they were doing. My little group was assigned four plants that had been last seen in a certain local swamp back in the early ’90s.

Meanwhile, I had learned of a tree, the pond cypress, which had dwindled down to only a few remaining trees known in the wild in Virginia. That came as a surprise, and I wanted to see if I could find others. One of the DCR botanists described the traits that I should look for: narrow leaves that stood straight up along the top of the limbs, short dome-shaped knees, and usually, deeply furrowed bark. These traits differ from our common bald cypress, which have taller pointed knees and differently shaped leaves.

When I and another member of my Virginia Master Naturalists chapter entered the swamp on an exploratory search to learn the layout for our rare plant assignment, I noticed some dome-shaped knees scattered about in the water. As it was too early in the year for tree leaves to have filled out, I made a mental note to check back later.

The blooming times of our rare plants put us back in the swamp a couple months later and while there, we revisited those dome-shaped knees. The leaves of those trees were now filled out and looked right for pond cypress. So I took photos and sent them to my DCR contact. He responded, “I think you’ve found them, but I’ll have to come and verify.” Three weeks later, he and I paid those trees a visit. Following looking at the leaves in hand, he said that they were indeed pond cypresses. He returned a second time a couple of weeks later to get a better understanding of them. During that visit, it was determined that there were about 100 of the trees in the stand, with lots of seedlings growing as well.

It just shows that you should keep your eyes open while out, because even though you’re looking for one thing, you just might find another. And, oh, by the way, we did manage to find two of our four assigned plants, and they were doing quite well. 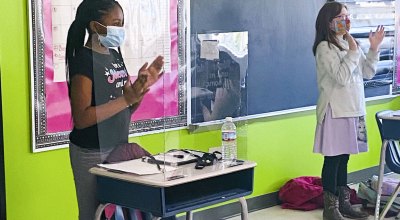