Police reported making an arrest in Franklin, seizing a gun, ammunition, narcotics and recovering a vehicle stolen after executing a search warrant that was a product of an investigation into acts of gun violence in the City of Franklin. 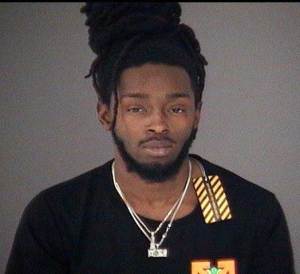 A Franklin Police Department news release stated that on June 23, Franklin police officers, assisted by the Meherrin Drug Task Force and the Virginia State Police and in consultation with the Southampton County Commonwealth’s Attorney Office, executed a search warrant in the 800 block of Railroad Avenue. As a result of the search, officers seized an AR-style pistol, multiple rounds of ammunition, narcotics and recovered a vehicle stolen out of the Richmond area.

If anyone has information about criminal activity within the City of Franklin, they are asked to call Franklin police at 757-562-8575 or Franklin Crime Solvers at 757-562-8599. Information that leads to an arrest can earn the caller a cash reward while remaining anonymous.